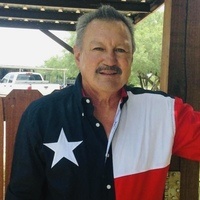 Alejandro Hernandez (aka Hando, Grandpa, Welito, El Foz), passed away peacefully at his home on August 8, 2022, surrounded by family and cherished pets. He was a beloved husband, father, and friend to everyone he met. He sadly met his maker after a brief but deadly battle with cancer.

Hando was born in Ohio before moving back to Laredo, Texas, with his brothers and sisters. Alejandro was active his entire life playing baseball and football. He played tailback for a short stint at UTEP (University of Texas El Paso) before a career-ending knee injury sidelined him. After college, he ventured to the Midwest in search of work and to raise his family. He was a dedicated “lifetime” employee of Chrysler based out of Belvidere, IL, for 32 years before retiring to Texas where he met his second wife, Angie and they lived the good life on their ranch.

Hando was always the life of the party and lived his life to the fullest. His contagious laugh, love of music and dancing, making people smile, and playing practical jokes will never be forgotten. He was always so animated and expressive, friendly, energetic, joyful, and fun to be with, and everyone who knew him or just met him - loved him. He will be sorely missed and he leaves a void that cannot be filled.

He will be especially missed by all his pals in Los Botines, Texas where he lived the past 19 years and had countless adventures.

May he rest in peace in Heaven above reunited with his parents, brothers, sisters, and friends who await him with open arms.

Private services will take place at a later date.

To order memorial trees or send flowers to the family in memory of Alejandro Hernandez, please visit our flower store.