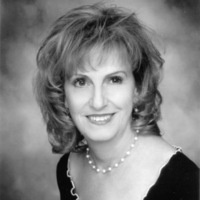 Ann was born in Brady, Texas, on January 17, 1935. In 1953 she graduated from Brady High School and attended Southwestern University for a year on a piano scholarship before transferring to the University of Texas Austin where she graduated with a Bachelor of Music degree with an emphasis on Piano, Music Theory, and Composition. While at UT, she was a member of Delta, Delta, Delta Sorority. Three days after graduation on May 31, 1957, she married George Neel, Jr., a native Laredoan. After spending another year in Austin, the couple moved to Laredo. Ann and George were partners in the truest sense of the word for 58 years until his death in 2015. Music was central to her life. She served as Division Chairman of the Laredo Civic Music Association, was a founding and performing member of the Laredo Philharmonic Orchestra, and a sponsor, along with her husband, of the Steinway Piano Recital Series at the TAMIU Fine and Performing Arts Center. In addition, the Music Department at Laredo Junior College served to showcase her talents as a solo and duo piano performer with the LJC Orchestra, and as a substitute music teacher.

In addition to her music, Ann was a member and officer in the Society of Martha Washington, the Women's City Club, the Mercy Hospital Auxiliary, the Tuesday Music and Literature Club, Daughters of the American Revolution, and the Luncheon Club, and Book Club. A lifelong Episcopalian, Ann began playing the organ for services at the age of eleven in Brady and again for many years as an organist after moving to Laredo at Christ Church Episcopal. Ann and George were faithful members participating in many ways in service and dedication during their lifetime.

Ann was a true steward of the land on both a large and small scale. Ranching, and raising registered Polled Hereford cattle, along with acquired ranch land was a passion she and George shared leading them to practice conservation of the land. Their ranches were recognized and named George Conservationist of the Year. On a smaller scale, she was an avid and enthusiastic Certified Master Gardener growing flowers and vegetables in her garden. She also designed and maintained Christ Church Episcopal and Neel Title Company grounds with wildflowers and native Texas plants.

Cats, dogs, and fish in her aquarium and koi pond found a welcoming home. Sunshine, her surviving cat, has been her companion for the last part of her life.

Guardian angels for Ann, who made her life full of love and assisted many hours in gardening, cooking, and companionship were special business associate/ friend, Teresa Ramirez, friend, Patsy Garza, physical therapists and caregivers, Irene Huerta, RN, and Lilybeth Martinez with her family members. Appreciation for care from Dr. Benson Huang.

Many thanks also to dear friends Larry and Brenda Norton, Dale and Sally Zuck, and the Reverend Paul Frey for their great kindness and friendship to Ann.

Services for Ann will be Saturday August 20 at 10:30 AM at Christ Church Episcopal with visitation preceding the service beginning at 9:00 AM. A graveside service at the City of Laredo Cemetery will follow the church service.

Due to the COVID pandemic and everyone’s safety please continue to wear a mask and practice social distancing.  You may express your condolences to the family on our website at www.hillsidefuneral.com

To order memorial trees or send flowers to the family in memory of Elizabeth Ann Hughes Neel, please visit our flower store.