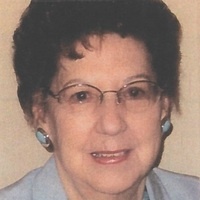 She is preceded in death by her husband of 65 years, Francisco J. Saldaña; by her parents, Armando G. Barrera and Clara Dickinson Barrera; and three brothers, Armando G. (Frances+) Barrera, Carlos D.  (Bertha+) Barrera and Anthony B.  (Sylvia+) Barrera.

Naomi attended St. Peter’s Parochial School and graduated from Martin High School in 1942. She worked at The Laredo National Bank for many years until she retired as Vice President in the International Department. As a parishioner of Blessed Sacrament Church, she was recognized by the Diocese of Laredo for her 25 years of service as CCD Secretary in the ministry of Religious Education for children. She was a devoted mother, grandmother, and great-grandmother who was loved by many and will be greatly missed.

The family would like to acknowledge and thank all of those who helped in the care of Naomi including Dr. Marissa Gonzalez and her office staff, Dr. Laura Mendiola and her office staff, caregivers Mireya, Mari, Juany, and Dora, Healing Hands Home Health, especially Eva, and members of The Medical Team including Julie, Mary, Christina, and Ashley. All did a wonderful job and their kindness and compassion are greatly appreciated.

The family is also grateful for all of the prayers, kindness, and assistance of Rev. Father Wojciech Przystasz and Deacon Roger Martinez, of Blessed Sacrament Church.

Due to COVID-19 issues and restrictions, a private funeral service will be held at a later date once family health concerns are resolved.

Funeral arrangements are under the direction of Hillside Funeral Home, 310 Hillside Road.

To order memorial trees or send flowers to the family in memory of Naomi B. Saldaña, please visit our flower store.