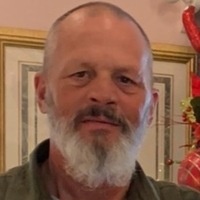 Steven was an avid knife collector, and he enjoyed spending his Sundays barbecuing for his family. He had a very big personality and the laugh to go with it. He was an absolute die-hard St. Louis Cardinals fan even though he would fight with them through the television sometimes as their unofficial couch coach. He also enjoyed fishing and was a proud army veteran. He had a burning love for music, and he was never hesitant to offer help in any situation. Any chance at spare time he had, was spent riding his bike. He was a very giving person, he had a very close knit group of friends and never said no to a motorcycle ride.

Mr. Morietta is preceded in death by his grandparents Frank and Agnes Vivod, his parents Earl Morietta and Sharon Marie Vivod.

A funeral service will depart on Monday, October 3, 2022, at 10:45 A.M. from Hillside Funeral Home to St. John Neumann Catholic Church.

Services will conclude at the church to proceed to a cremation at a later date.

In lieu of flowers, memorial donations may be made to Saint John Neumann Catholic Church, 102 Hillside Rd. Laredo, Texas 78041.

To order memorial trees or send flowers to the family in memory of Steven M. Morietta, please visit our flower store.